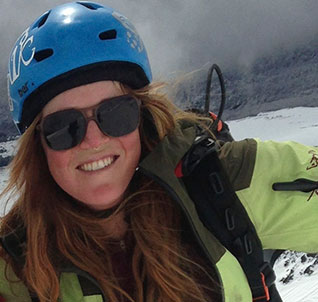 Since 2008 Alex has traveled, worked and skied her way throughout South America.  Along the way she patrolled at La Parva and Nevados de Chillan, won the Eye of the Condor video shootout with Team Icelantic, competed in the South American Freeskiing Championships, in addition to founding and directing the South American Beacon Project.  Alex completed her American Avalanche Level 3 training in 2010, is a Wilderness EMT, ski patrolled at Snowbird Resort since 2006, is an avalanche educator, and is currently pursuing her AMGA certification.  She speaks a mean Chilean Spanish too!!!

Back to Staff Page